In Stick Empires, Skins (otherwise known as Items) are bought by Empire Coins in the Armory. These are grouped into Weapons, Armor (Armor in-game), and Miscellaneous (Misc in-game).

Each weapon is an item that must be bought separately 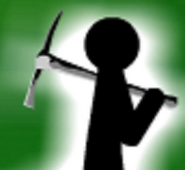 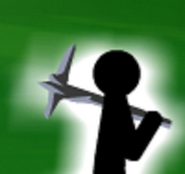 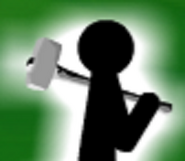 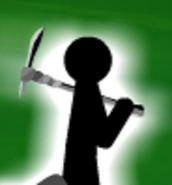 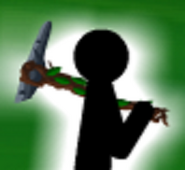 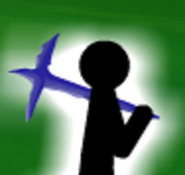 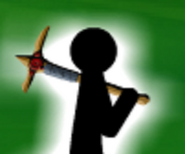 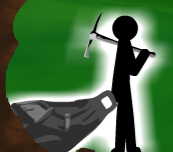 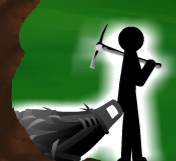 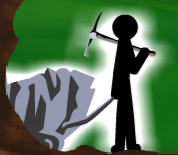 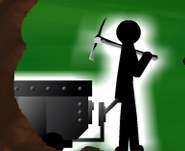 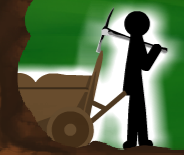 Brown sword with a hole

Based from the Stick Empires items, Stick War: Legacy has some skins, Unlike Stick Empires, each skin provide buffs to the units. Buying a skin also let units have all weapons.

Currently, there are 6 skins: Classic, Leaf, Ice, Savage, Lava, and Vamp. They are available for all units to wear, but will come equipped with the Classic skin as a default.

During the introduction of the skins in the 1.10.28 update of Stick War: Legacy, a full set of skins were made available for the Miner, Swordwrath, Archidon, Spearton, and Magikill. It was only in a more recent update (1.11.31 to be exact) that let Giants have access to all of the skins.

Additionally, when all units have the same skin, the statue gets a certain buff to increase its survivability.

Katana is the default skin for all units. It has been the uniform attire for every Order unit since the original game, and does not give any additional stat buffs.

The Classic variant is the only skin to appear in all four main-series games.

Considering that none of the other skins have any downsides, it's recommended to avoid using classic skins for practical reasons.

Leaf is the second skin in the game. It can be purchased for 100 gems per unit, making it the cheapest purchasable skin.

The Leaf skin gives the added perk of a reduced build time for the unit the skin is applied to (reduced by 50%), a build cost decrease (the cost is decreased by 10%), and an increase in the user-control speed for most units, excluding Miners and Giants.

It's useful for all units, allowing to rush production and amass an army faster, for lower cost. It's mainly useful in campaign and tournament modes, where attacking unprepared enemy with already maxed out force is beneficial, but loses much of its effectiveness when it comes to strength for given population limit in Endless Deads.

It's especially useful skin for Miners - all other skins improve damage or survivability, but none improves mining capacity - while Leaf Skin allows to get to peak-efficiency of 8 miners faster than others. Another benefits are the Swordwrath, whose advantage of quick training and low costs are put further with the skin, giving player even more feasible emergency / Gold Rush miner intercepting option.

In Swordwrath Counter scenario, enemy troops appear to be using this skin.

Unlike most skins, they have to be bought for gems or taken from chests, as defeating Woodland Tribes in fourth secondary scenario "Gold Rush" rewards the player with a chest rather than a skin for any unit.

Ice is the third skin in the game. It can be purchased for 500 gems per unit, putting it on the lower end of the price spectrum.

The Ice skin gives the added perk of slowing down every action enemy troops do if hit by the unit the skin is applied to, and if a unit with the Ice skin is controlled, can completely freeze an enemy for a short time, approximating to about a second per freeze.

It is the most dangerous when given to Archidons, as it increases period in which melee unit are exposed to being shot while unable to retaliate due to movement slowing, and to lesser degree, Magikill or Giants, who excel in area damage, although from shorter distances and at slower rate.

It should be noted, however, that the skin is relatively dangerous when used by all units, as frostbitten enemies not only walk, but also strike, and even mine slower. However, since ranged units always automatically target closest enemies, enemy ranged killing power usually stays unchanged. Additionally, frostbite effect does not affect living Giants - luckily for the player, while unstunable, Giant Deads can still be frostbitten.

In the third of secondary missions, defeating Glacial Uprising provides player with Ice skin for Archidons.

Savage is the fourth skin in the game. It can be purchased for 1000 gems per unit, putting it roughly in the middle of the price spectrum.

In the canon of the Stick War universe, the Savage skin is made from the skins and bones of their conquered enemies, giving the armor its signature abilities.

The Savage skin provides a stun reduction, bonus damage to Deads per hit (1.3x Additional damage provided to deads), and a User speed bonus, both to movement and to speed of damage being dealt.

The first ability is useful for tournament mode for melee infantry, like Speartons or Swordwrath, who are the most exposed to being stunned, less so for midline of Magikill and backline of Archidons and Miners, and lacks use for stun-immune Giants.

The second ability is very useful for all units (except Miners, but they can also be equipped for benefits of unified skins), especially damage-dealers, like Archidons, in Endless Deads mode.

Lava is the fifth skin in the game. It can be purchased for 1500 gems per unit, putting it on the higher end of the price spectrum.

In the canon of the Stick War universe, the Lava skin was forged by Borderland Flame Feeders, who combined fiery magical element with stone, creating weapons claimed to be the most powerful Inamorta has ever known.

The Lava skin gives the user the ability to deal a fraction of taken damage back to the enemies - including ranged units (Reflects 25% damage done to units). the skin also provides the unit with added fire damage with each hit if they are user-controlled).

The main use of Lava skin is for tanky units, like Giants and Speartons - having lots of health and taking the most damage, they dish out the most damage to enemy via reflection, possibly even killing enemy Archidons who try to kill them. However, said lava units are also effectively countered by tanky units, who can much more easily take the fraction of damage they give themselves.

This is reflected by the fact that defeating Borderland Flame Feeders in fifth secondary mission gives the victorious player Lava Spearton skin for free.

Note: while your opponent uses lava-themed weapons during the Last Stand in the Desert, they are not true lava skin, and may be engaged without risk of reflection damage.

Undead skin is the sixth and latest skin in the game. It can be purchased for 2000 gems.

The undead skin allows equipped units to spawn back as Deads when killed. If a user controlled unit wearing this skin kills an enemy unit, it also spawns back as deads and gets converted to your team.

Note: The undead spawned is based on the unit you killed:

This skin is most powerful and dangerous when given to Magikill as the very high AoE damage allows the conversion of multiple units, but at a slow rate. And to lesser degree, Giants, who excel in area damage, although from shorter distances and lower damage to non Giant units but at a faster rate.

Vamp is the seventh skin in the game. It can be purchased for 3000 gems per unit, making it the most expensive skin.

In the canon of the Stick War universe, the Vamp skins are said to contain the power of Chaos, enchanted by the Marrowkai, undead mage, also known as the dark lord of the dead.

The Vamp skin allows equipped units to steal a fraction of health from enemy units (15%damage dealt restored as HP), gives them immunity to poison, and, if user-controlled, makes them deal splash damage to enemies(Shares 5% of original damage).

Vamp skin is overall useful for melee units - Swordwrath, Speartons and Giants, for they, besides dealing damage, also have to take it in retaliation. It increases relative endurance of units even further in Endless Deads mode - Toxic Deads are the only poisoning units, who also happen to be in this mode in abundance, and only reappear in sixth secondary mission in very limited quantity.

While high-DPM melee Swordwrath benefits from the skin in large degree, it is also the unit fairly efficient in countering this skin - killing enemies before they manage to drain enough much health. Alternative counters are ranged units, who can engage the enemy without being damaged themselves.

If The Vampire Soulsteelers in sixth secondary mission "Deal with the Dead" are defeated, the player is rewarded with Vamp Swordwrath skin.

When all units have the same skin, the statue will gain +4 additional gold and regain 5 hp every few seconds, giving player a choice - whether to streamline his army with one skin at cost of potentially sub-optimal skin use, or maximize efficiency of each unit individually, at cost of lack of statue regeneration and additional gold surge.

Additionally, every skin, aside from Vamp and Classic gives Miner a HP bonus, while every skin aside from Classic lets player-controlled Giant use Earthquake ability with fast animation and massive area damage in a straight, horizontal line, but with a long cooldown.