Stick War: Legacy is an iOS and Android video game published by Max Games Studios. It is a remake of the original Stick War and the fifth installment to the Stick War series.

As a mobile game, Stick War: Legacy was the first game that needed to be downloaded in order to be played. It takes up 82M in storage, and now requires an Android version 4.4 and up. For reference, when the game was released in 2016, it required a version 2.3 and up, and only required 54M in storage

"In a world called Inamorta, you're surrounded by discriminate nations devoted to their individual technology and struggle for dominance. Each society has developed its own unique way to wage war. Proud of their unique craft, they have become obsessed to the point of worship, turning weapons to religion. Each believe that their way of life is the only way, and are dedicated to teaching their polices to all other nations through what there leaders claim as divine intervention, or as you will know it... war."

You are the leader of the nation called "Order", and your way is of peace and knowledge. your people do not worship their weapons as gods. This makes you a mark for infiltration by the surrounding nations. Your only chance to defend is to attack first, and obtain the technology from each nation along the way."

Stick War: Legacy is a combination of new features and graphics that add to the core gameplay of the original Stick War. One of the main draws to the game is the enhanced polish compared to that of the 2009 iteration, due to the steep increase in available technology and a better creative direction as part of the evolution of the game series since its debut. For the most part, the most important additions to the game from the original are Gems, Skins, and Spells, which are saved to that version of the game no matter what save file the Player uses in the Campaign. Gems can be purchased on the menu tab 'Gems' for real money in USD, while Skins and Spells can be bought for gems in the 'Skins' and 'Shop' tab respectively.

Another first for the series, Stick War: Legacy is currently divided between four gamemodes. Added later on in the game's run, the three other modes run the same basic gameplay, but alter it to better suit the style of gameplay, whether it's a round-based tournament, condition-based mission or an endless wave-surviving hack-and-slash zombie defender.

The Campaign is the standard storymode in the game, playing in a very similar style to that of the previous games. Splitting priorities between creating a sound economy and a powerful fleet, each stage uses the Classic style round-type as the Player progresses through the map, destroying rebel resistance and eliminating outside threats along the way.

The Crown of Inamorta is a tournament mode in the game, where the Player competes against 12 A.I. opponents (Ruth, Cydnee, Blake, Zane, Willow, Maverick, Cruise, Vin, Crazy Jay, Wesley, Z4CK, and Cyrus), each varied in their strategy and appearance, to win the titular "Crown of Inamorta". There are 3 basic difficulties that will change the color of the crown and make the A.I. opponents even stronger, giving them better abilities or just improving their overall intelligence. There are also 5 kinds of gamemodes (Classic, Barricades, Gold Rush, Super Deathmatch, and Deathmatch) where you can play against an A.I.

Endless Deads is a survival-based mode where the Player and its army grows to fight endless hordes of Deads, new units with varying abilities all out to destroy the Player's statue and kill every last of its men. In between each wave the Player receives 2 upgrade points to use on whatever their heart's desire, similar to the normal campaign. However, when their statue is destroyed, the Player's save on that mode will end and that playthrough will be tallied up.

Weekly missions is a gamemode where the player will receive new levels to complete every Friday with unique bosses and units.

While legacy features the all game mechanics of Stick War, various new features have been added. 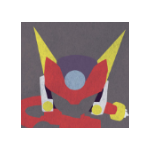 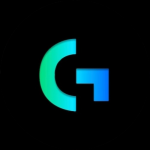 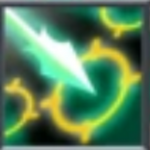 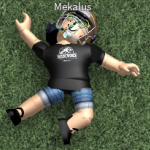