This wiki is dedicated to the Stick War series created by Jason Whitham and Brock White with assistance from Whinston Zhang- feel free to edit, but read our Editing Guidelines first. 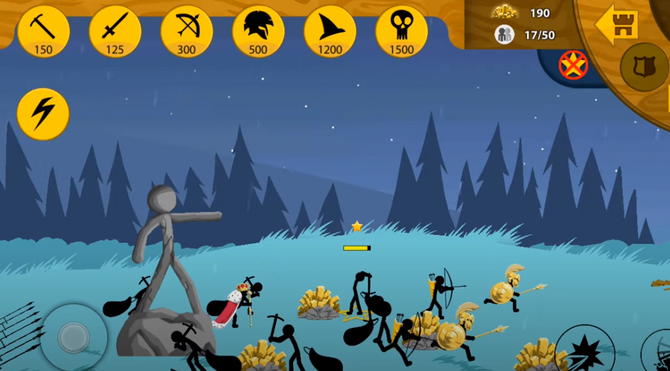 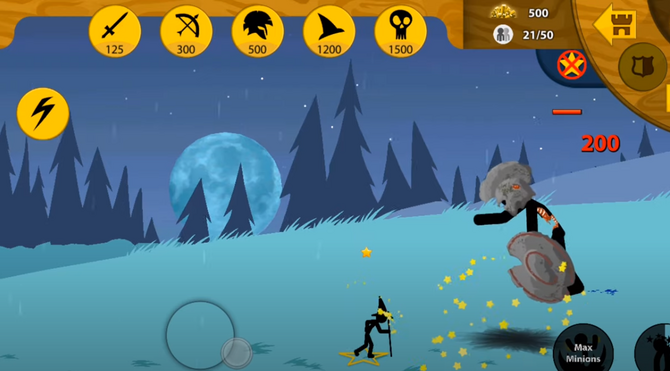 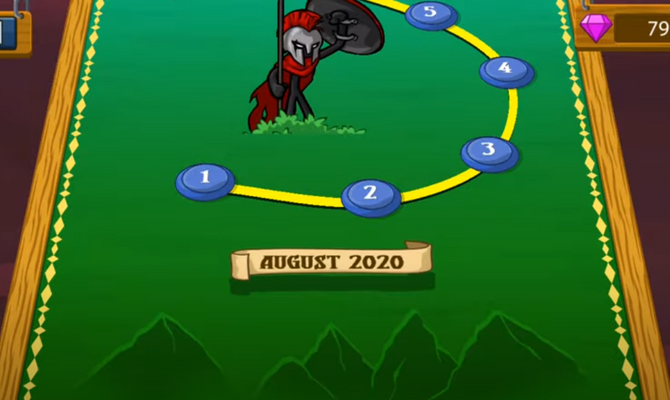 Another special unit has been introduced

A new unit has been introduced!

The Weekly Missions gamemode has arrived after 2 years of waiting!

The Stick War series is a set of games based around Inamorta, a continent where various nations have their own way of waging war and are devoted to dominate. However, one nation (which you control) whose way was of peace and knowledge, went ahead to dominate Inamorta. this nation is known as the Order Empire.

The series started with Stick War, a game created by Jason Whitham and Brock White in 2009 for Stickpage and Maxgames and it quickly became one of the most popular web based games of all time, since then, it has had over 100 million+ plays across thousands of websites. In 2012 a sequel called Stick War II: Order Empire and a multiplayer spinoff called Stick Empires were released, both games are still playable by large fanbases. The second spinoff from the core series was Stick War: Legacy, launched in 2015, as a remake of the original Stick War for mobile devices, since then it has had over 100 million+ downloads over various platforms such as Google Play Store, App Store and Amazon's App Store.

The series has been split between many medias; through games, commentary, shorts, and merchandise, creating a universe that was never before seen by the StickPage community.

Stick War: Legacy is the fifth game in the Stick War series. It is the remake for the Original Stick War for mobile, featuring all its mechanics, however it also combines various aspects from Stick War II: Order Empire and Stick Empires. there are currently four gamemodes (Campaign, Tournament , Endless Deads and Weekly Missions).

As of the Stick War community's knowledge, we are the oldest Stick War wiki to date.

Starting less than one year after the release of the original Stick War, the user Choon Siang created our wiki on the evening of September 29, 2010. Choon Siang made the account just for this wiki, but he really didn't have too much experience creating a website. For the next year, the main page and pages like it would contain only a sentence or two of data, and since the community largely went anonymously editing through FANDOM user accounts, there was no set structure for how to create these articles. Since no other game in the series had come out by then, they were also limited by the small, contained story the original game told. Therefore, some more CREATIVE users took it upon themselves to add a few... additions to the original plot. And this is where the trouble began.

Not to be stopped by any staff (Choon left long before that point), the community of FANDOM users clashed with their edits, for only a few real accounts to be stuck in the middle. Some tried to stop the fanon-lore ridden articles from corrupting any further, undoing edits, adding their own more helpful touches, and leaving the website be. While we don't know who these people were, we know for certain that they were well outnumbered. Since the game was based towards older kids, most of the users here would write about great wars against Medusa that brought the Great Knights and told the story of each and every chaos unit. These could never be proven, and were mostly fanfare. The wiki was a desert by 2016 to 2017. The highest views a page could get was 100 if it was a good week, and there was nobody left to edit. Or, well, certainly not everybody. Spoderman made his account in 2016 and began writing his own fanon articles (as well as adding real articles on the wiki mainspace). People like Theldo also helped in the effort, so the wiki did pick up a bit compared to before. But it was not until 2018 that something bigger happened.

SpodermanAlwaysCan got his adoption request for the wiki accepted. He now owned the wiki, and went a bit mad for the first couple of months editing. The wiki went from 60 pages to 150 within less than a year. In the first quarter of 2019, another user was bumped up to Content Moderator, AzCoy7. He was subsequently promoted to administrator and then bureaucrat. That's where our community stands at this point, but the future only tells where we'll go next. We have made a major comeback, thanks to SpodermanAlwaysCan and AzCoy7, and other active editors such as BendyStickman and Iceko208.

Track the most recent changes to the wiki on this page.

If you see this, your JavaScript might be disabled or DiscordIntegrator plugin isn't working. If the latter, please contact a wiki administrator.

Our Founder is Choon Siang. He is currently inactive.

Entity303lollol is the main Bureaucrat on this wiki. He regularly edits and actively accepts messages

SpoodermanAlwaysCan is a Bureaucrat on this wiki, he is active and regularly accepts messages.

AzCoy7 is a Bureaucrat on this wiki, he is semi-active and accepts messages.

AzureCeleste is the main administrator, he is active and accepts messages.

ZaZo54 is one of the two rollbacks, he is semi-active.

Honkyy is one of the two rollbacks on this wiki, he is active